Learning another language should be compulsory
in every school 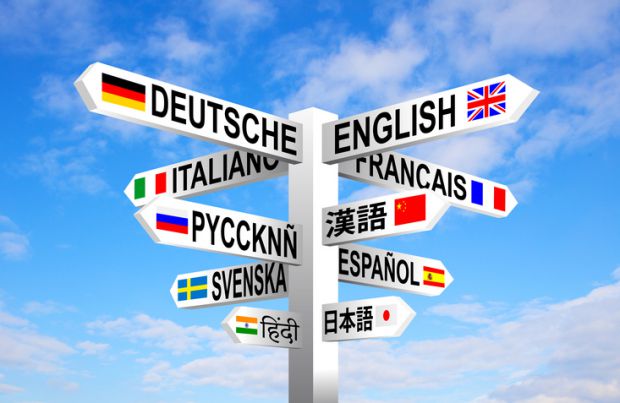 In the 1960s, in our public schools in California along the border with Mexico, Spanish language-learning was a requirement, beginning in sixth grade. I couldn’t wait to get to sixth grade to start learning Spanish. Our school was more than 50 per cent Mexican-Americans, and I was keen to understand them as they switched back and forth from fluent English to fluent Spanish (or, as they called it, ‘Mexican’). As I began to learn it, my friends asked if I spoke Spanish at home. No, just in school. I was invited to join a Mexican rock ’n’ roll band based in Tijuana, and we performed at Mexican dances and on Mexican television, where I sang lead on ‘La Bamba’ and other songs. My aunt used to say I looked like a bastard brother among the other members of the group. I loved it. I had two identities, Dan the American and Daniel the Chicano (or so my friends would tell me – ‘You’re an honorary Mexican, cabrón!’)

Learning Spanish changed my life. It taught me more about English, it gave me friendships and connections and respect I never could have otherwise received. Just as learning Portuguese, Pirahã and smatterings of other Amazonian languages continued to transform me during my entire life.

Now, after spending most of my adult life in higher education, researching languages, cultures and cognition, I have become more convinced than ever that nothing teaches us about the world and how to think more effectively better than learning new languages. That is why I advocate for fluency in foreign languages. But for this to happen, language-learning needs to make a comeback as a requirement of both primary and secondary education in the United States. Learning another language benefits each learner in at least three ways – pragmatically, neurologically and culturally.

Pragmatically, consider the benefits of language-learning for the businessperson working alongside speakers of other languages. Although it might be tempting to use English as a lingua franca in new business situations, the investment of learning the language of your colleagues and customers tells them: ‘I respect you.’ It can transform colleagues and customers into friends. Think about it – you appreciate the effort of someone who has learned to speak your language. Their communication in the language of your home helps you to relate better to them, to see them as less ‘other’. In fact, some people feel threatened just hearing a foreign language. Languages have power. Why not partake in that power instead of fearing it?

No matter what you do for a living, language-learning brings practical advantages. Whether you work in a restaurant or are a scholar or a tourist or just a stay-at-home Joe, fluency in other languages is a gift that will keep on giving for the rest of your life. You will understand the world better – imagine being able to watch soccer in Spanish or Italian as well as in English! That alone is a pretty good return. But as we are going to learn directly, beyond the practical benefits, language will expand your knowledge and your very intelligence. If you learn the language in your 20s, you’ll reap benefits for 50 to 60 years, ceteris paribus (all thing being equal, for those who didn’t study Latin). Say it takes you two years of hard work and constant practice to learn a language. To maintain it will require, let’s say, about one hour a week of conversation or foreign-language television. Yet it will benefit you for the rest of your life. If it takes two years to learn another language, and you have the benefit of that language for the rest of an average lifespan, that is roughly a 900 per cent return on investment. Not bad at all.

Beyond the pragmatic benefits to learning languages are humanistic, cultural benefits. It is precisely because not all languages are the same that learning them can expand our understanding of the world. Every language has evolved in a specific geocultural niche, and thus has different ways of talking and codifying the world. But this is precisely why learning them is so beneficial. Take, for example:

John borrowed $10,000 from the bank of Mom and Dad to pay down his college loan.

The Pirahã language of the Amazon has no words for numbers or for borrow, dollars, bank, mom, dad, college or loan. So this sentence cannot be translated into Pirahã (it could be if their culture were to change and they learned about the modern economy). On the other hand, consider a common Pirahã phrase:

This phrase means ‘go upriver’ in Pirahã. Innocuous enough, until you realise that Pirahãs use this phrase instead of the less precise ‘turn left’ or ‘turn right’ (which depends on where the speaker and hearer are facing) – this is uttered from deep within the jungle or at the river’s edge – all Pirahãs carry a mental map of tens of thousands of acres of jungle in their heads, and thus know where all points of reference are, whether a river or a specific region of the jungle. They use absolute directions, not relative directions as, say, the average American does when he says ‘turn left’ (vs the absolute direction, ‘turn north’). So to use Pirahã phrases intelligibly requires learning about their local geography.

Forty years ago, when I was a Christian (I am now an atheist), I was convinced that Christians should evangelise others with the gospel by learning their language and translating the Bible into all languages. This was because my then-mission, Wycliffe Bible Translators, convinced me that one’s mother tongue is the language in which one feels, one tells one’s secrets in, and expresses one’s spirituality in. The Catholic mass changed from Latin to local languages in the 1960s when the Church realised that people cannot fully embrace their religion emotionally and culturally unless it is expressed in their mother tongue. On a more pedestrian level, why do English speakers, even today, find it more objectionable to say: ‘You are full of shit’ as opposed to: ‘You are full of faeces’? Because the Germanic words of our historical mother tongue still engage us emotionally more than the Latinate words that seeped into our language from Caesar and William the Conqueror. Learning another’s mother tongue opens a doorway into their psyche.

Language-learning induces reflection both on how we ourselves think and communicate, and how others think. Thus it teaches culture implicitly. Languages should be at the very heart of our educational systems. Learning languages disables our easy and common habit of glossing over differences and failing to understand others and ourselves. You cannot achieve fluency in another language without learning its speakers’ perspectives on the world, and thereby enriching your own conceptual arsenal. The actual work of learning new ways of talking – new sounds, grammars, storytelling, understandings of the Universe – stretch and build the mind.

Neurologically, learning another language actually makes us smarter. There is evidence that learning new languages causes growth in our cerebral grey matter, with more synaptic connections formed in our brains. I have often thought of the brain as very similar to a muscle, in that exercise strengthens it. And this is a growing consensus among many researchers. There is even some evidence that language-learning can postpone the onset of Alzheimer’s.

I try to make the case in much of my recent work that humans evolved for greater cognitive flexibility than any other creatures. Learning languages exploits and expands that flexibility. Language-learning is a cognitive workout – it gives us more knowledge and teaches us more ways of using knowledge. It makes us smarter.

Language-learning has been replaced in many schools by more vocational courses. For example, some claim that learning computer codes is equivalent to learning foreign languages. Yet the cultural matrix required for learning human languages makes them quite unlike computer languages, which are mere syntax, supplemented by a growth in knowledge within a narrow domain. So how do we get language back into US schools? Administrators have to re-recognise its benefits – culturally, socially and cognitively. The classical curriculum is often ridiculed for placing Latin at its core. I agree that we should teach live languages too, not just dead ones. But learning languages is vital to a world in which understanding of others is crucial yet handicapped when we try to do it monolingually.

Learning other languages goes beyond textbooks. It requires interactions. As an example, the Linguistic Society of America asked me to give a demonstration of an esoteric approach I call the ‘monolingual method’ of learning another language with no language in common (which I regularly employ in my Amazonian field research).

But whatever the method, US schools of all types, from elementary levels to secondary education, need to make language proficiency a requirement for all, no exceptions. Pragmatically, culturally and neurologically, learning other languages improves us. The most competitive, insightful and intelligent citizens of the future world will, on average, be the polyglots. Arguably they always have been. Become a polyglot. You will never regret it. Not one day for the rest of your life.

Daniel Everett is dean of arts and sciences, professor of global studies and professor of sociology at Bentley University in Massachusetts. His latest book is How Language Began (2017). He lives in the Boston area.

This article was originally published at Aeon and has been republished under Creative Commons.