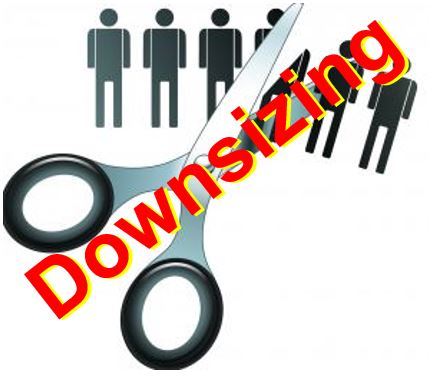 The fact that “everything happens at once” is a cliché doesn’t make it less true. Shortly after I lost my job my wife left me. Both the wife and the job were good ones, and the loss in both cases was attibuted to downsizing – if you know what I mean – so I was pretty devastated. At least the company gave me a Golden Handshake, whereas the wife took the house, the car and the kids.

I decided to brood as far away as possible from the scene of the crimes, so I gathered my credit cards and laptop and took a taxi to the airport with the intention of flyng to a faraway place.

At JFK I looked at the departure board for the first really distant destination with a flight leaving soon. There it was: Buenos Aires, the only major South American city I hadn’t been to on business and the farthest one to boot. Actually, I had been thinking of South America on the way to the airport because I speak pretty good Spanish from having been based in Madrid for a number of years and I didn’t want to go back to Spain because it could awaken painful memories. It’s where I met my wife - ex-wife, that is. Furthermore, since Spain had made the monumental mistake of accepting the euro as its currency, it has become exceedingly expensive there for everyone except Germans. I bought an economy class ticket; flying in economy was not my style, but I was paying for it myself now.

Ten hours later I had passed through immigration at Ezeiza airport on the outskirts of Buenos Aires and was in a dilapidated taxi heading for town over a road that looked like a black line drawn over a billiard table. It was six-thirty in the morning and the sun was just rising over the pampa.

“Where we go?” the driver asked in English.

“To a hotel", I answered in Spanish. "Can you recommend one?"

“For the moment I am economizing.”

He looked at me curiously in the rear-view mirror. And I looked at him for the first time – also in the mirror. Large graying mustachio, balding, big earlobes, big kindly black eyes. I could understand his curiosity. I still looked like a typical American businessman – tie, shiny blue suit, expensive Samsonite bag, accent and all. I wanted to tell him that I wasn’t what I seemed to be, but it wouldn’t have been true because I still intended to get back to where and what I had been in the Big Apple after recharging my batteries.

“Well”, he said, “hotels are quite expensive in Buenos Aires, even if they are not the Sheraton.”

I grunted and waited.

“As a matter of fact, though, I happen to know of one that is cheap and very simpático.”

Not the least surprised, I said, “OK, let’s go there.” I hadn’t slept well in a week and was exhausted from the flight. Conversation was the last thing I wanted.

“Not even very close to downtown.”

“Bueno, let’s go there.” I closed my eyes and dozed off.

I opened my eyes to startling sunlight and looked at my watch. Over an hour had passed since I had gotten into the taxi. We were in a quiet, what looked to be lower middle class residential neighborhood. “Where is the hotel?” I asked.

“It is here,” the driver said. He got out and came around to open the rear door for me, something I couldn’t have done myself as the inside handle was missing. I didn’t discount completely the possibility that I was being kidnapped, but the driver didn’t seem the type. He smiled and pointed to the one-story house we were parked in front of. It was old but neat, well shaded, with a small yard in which flower-covered bushes abounded. I don’t know anything about flowers, so I can’t say what they were, except for the roses.

“This does not look like a hotel,” I said grumpily.

“It is more like a pensión," the driver agreed. “Nicer than a hotel and very cheap.”

“I bet,” I mumbled to myself in English. Despite the nap, I was still groggy and in no condition to argue. At the moment all that interested me was a shower and a clean bed.

The driver hauled my bag from the trunk and led the way through the garden and rang the bell. A woman about his age opened the door and he said something to her, indicating me with a jerk of his head. She didn’t seem any happier to see me than I her.

My room was large and clean with green wooden shutters and white gauze curtains. It opened onto a courtyard, or patio, at the opposite end of which was the toilette, not exactly where I’d have liked it to be. Now that I was inside her house the woman’s attitude changed. She smiled and asked if I would be having lunch with them as she handed me a worn, thin towel and a piece of half-used soap. I nodded and headed for the outhouse. Halfway across the patio I stopped and turned to the driver. I asked how much I owed him and he said they’d put it on my bill.

“Is this your house then?”

“As a house, yes,” implying that as a hotel I didn’t think much of it.

A knock on the door woke me. I sat up feeling like a new man. “Sí?”

A table had been set up for lunch on the galería – which was a pleasant place to have lunch. It was covered by a grapevine trellis heavy with plump grapes which doubled as a sunshade. Some were white, others purple. Still others seemed to be turning from white to purple, or the other way round. The diners were, besides my driver and his wife, a twelve-year-old boy wearing a white school smock and a pretty young woman with dark eyes and long black hair. The driver stood up and motioned me to the empty chair.

“This is my daughter, Mireya, and this is my son, Juancito,” he said proudly.

The boy jumped to his feet and offered his hand. Mireya nodded. I shook the boy's hand and nodded back, with a slight bow, to Mireya.

“My name is Frank,” I said. The boy looked puzzled, so I translated: “Francisco.”

“My name is Juan,” the driver said, “and my wife is María Elena. We are please to meet you, Señor Francisco.

“The pleasure is mine,” I answered and sat down to what looked like a delicious meal of chicken, various kinds of salads, vegetables and red wine.

“What brings you to Argentina?” Mireya asked after I had been served by her mother. It sounded like small talk, but her gaze demanded truth.

“That is all right then.” She smiled for the first time, revealing sparkling white teeth. “I told father that he shouldn’t have brought a businessman here, so far from downtown.”

“About an hour by bus, half that by taxi,” Juan said, his smile indicating that his taxi was at my disposal.

“How long will you be staying with us, Señor Francisco?” his wife asked.

“Perhaps a few days,” I said, surprising myself, for I had intended to get out as soon as possible. “If that’s not inconvenient.”

Near the entrance to the patio I noticed a statue of a boy in short pants with his hands on his hips standing amidst (real) flowered shrubs. It was unmistakably Juancito, and I said so.

“I was only ten then,” the boy confirmed.

“What a lovely piece of work,” I said, sincerely. Once, in my youth, I wanted to be a painter and have, I believe, some appreciation of artistic quality. I recognized the sculpture as a professional job. “Who did it?” I asked.

“Mireya,” the mother answered. “She does beautiful things when she has the time, which unfortunately is not often.”

She was a high school teacher, Mireya informed me, not a lucrative profession in a country that places education behind garbage removal on its list of priorities. She taught arts and crafts and was a first-rate sculptress on the side or, she smiled ironically, the reverse. I mentioned my youthful ambition, and even an incipient painting career, frustrated by marriage and its inevitable familial responsibilities. I also said that I’d always wanted to take it up again some day, although I hadn’t thought about it in twenty years. It took about a half-hour of art talk and hints for us to finally agree that she would start giving me painting lessons the next day. I’m still ashamed to mention the fee; I wanted to pay more, but she insisted that she had no intention of cheating me just because I was a gringo.

Mireya wasn’t there for supper, which, for that reason, I found much less interesting than lunch, although the meal, “risotto a la Italiano, was superb.

I stayed much longer than a few days. In fact, I am still here. The next morning I went to an art supply store in downtown Buenos Aires. Juan’s taxi was in a garage undergoing carburetor surgery, so I went by colectivo, what the Argentines call their brightly colored, springless, over-crowded, daredevil-driven buses, and it took considerably more than a hour. I decided upon alighting to give up false humility then and there and return by taxi. I bought all the materials I would need, especially water-colors, which I had always preferred but had been talked out of by my New York art school teacher, who considered then “too weak”. Mireya, however, considers water-colors – acuarelas in Spanish – to be the most satisfying painting medium. “They are more spiritual than oils,” she said.

For several months I worked all morning in the patio under the grapevines while Mireya was in school and in the afternoons she criticized – and gradually came to praise – what I had done, and helped me to develop a style. She worked alongside me on her sculptures. She wanted to get away from the abstract style which was all the rage, and concentrate on individual realism, as epitomized in her “Jauncito” sculpture.

When winter came and it was too cold to work in the patio, I rented a studio nearby, wherein my painting ability as well as our relationship flourished. It was a stone’s throw to her parent’s house and Mamá’s succulent meals. The following spring we opened a gallery in San Telmo, the bohemian barrio of Buenos Aires, and a must for tourists, with the capital from my golden handshake.

We are doing quite well, earning enough to support ourselves without Mireya having to work in school. She sculpts in the studio one week while I am at the gallery and I paint the next week while she tends the store. We sell more when she’s there, but my marketing know-how provides the method – I tell myself. I have been upgraded to a happily partnered, relaxed, bearded artist with no fear of downsizing. I recommend it.