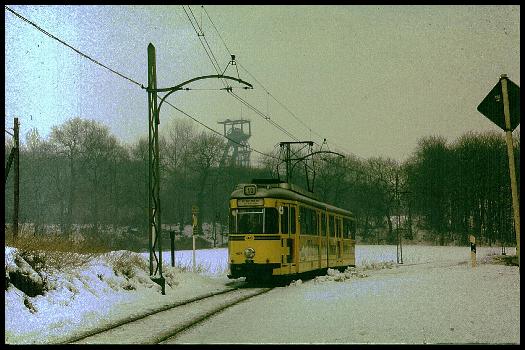 Johnson awoke from his siesta and felt like he’d just parachuted into enemy territory, something he actually did once, into France on D-Day. He couldn’t remember the jump itself, only the jolt of the landing. It was like waking up. He went into the bathroom to urinate and splash cold water on his face. Then he opened the door to the living room, which looked familiar. There were a few people sitting around, but the only ones he recognized were Fleur and Rafael. Fleur, although aging (at last), still as tall and beautiful as ever, Rafael taller still, balding, bearded (today – the beard comes and goes), silent as usual. No one paid attention to Johnson’s entrance, he sat in an armchair and watched them but they didn’t watch him.

“If we want to get to the opera on time, we should leave,” Fleur called out to someone not in the room in the Queen's English tinted —or tainted if you prefer— by the South African veld.

Ya voy, Johnson’s wife called from the kitchen, where she was washing dishes or something. A moment later she entered the living room and they all stood up, except Johnson. Let’s go, the wife said, she pecked Johnson on the forehead and they all marched out the door. The last one out, Rafael, stopped at the door and said Ciao to Johnson, who was staring down at the floor. Ciao, he answered without looking up. He was offended that they hadn’t asked him to go along, but he also had a vague remembrance that he might have mentioned that he didn’t like opera, which wouldn’t have been true if he’d indeed said it. He stood up and went into the kitchen intending to make coffee, something he always did after his siesta. He couldn't find the coffee though.

Fuck ‘em, he mumbled, I’ll go to the opera alone.

Outside he found himself on a street that was familiar, but he couldn’t quite place it. It could have been Vienna, or Zürich, or perhaps Frankfurt – Germanic in any case. He wondered which direction the opera was and he walked aimlessly at first. It was dark already, the streets were shiny and damp as they are after rain. It’s probably early spring or late autumn, more likely the latter, he thought, neither hot nor cold, like me.

“Excuse me, please, could you tell me the way to the opera,” a woman asked a man in front of him in English. An American, Johnson, an American himself, thought, they’re all over the world, think everyone should understand English. The man she asked answered in Spanish: Tranvía 13. Or 18, another man who was listening said. Tram number 13, yes, that sounds right, Johnson thought, the only question is in which direction; taking it on one side of the street would take him in the right direction, on the other side of the street in the wrong direction. The two men were arguing in German about whether 13 or 18 was correct so he didn’t ask which side of the street because they’d probably argue about that too.

Besides, he knew that 13 was the right streetcar to take; he only didn’t know which direction. Maybe Netrebko is singing tonight, he thought. He’d never seen her in person, only on Film & Arts, but she was his all time favorite – a beautiful young woman who can act and sing like a sexy angel.

Tram 13 was old and creaky, only one car, a cracker box with sparks flying like larks from the electric cable where its upright wand touched it. There was only one other passenger – the American woman who had asked directions to the opera. She was seated on the right side towards the front; Johnson was at the rear on the left side, so he could observe her. She wore a large wide-brimmed hat with flowers that seemed to grow from it, like Ophelia’s. The Schaffner, an old man in a baggy black uniform with epaulets on his shoulders and a rust-colored badge on his chest approached her. He opened the lid of a box hanging around his neck and asked her in German where she was going. She would say to the opera in English, and if the conductor understood he would sell her a ticket and Johnson would know he was going in the right direction. He listened carefully, ready to translate if necessary. But she answered: Zum Opernplatz, bitte, in perfect German. Jawohl, gnädiges Fraülein, the conductor answered. (Such formality! Johnson thought. And how does he know she’s a Fraülein and not a Frau?) The Schaffner licked his thumb, flicked a ticket from his pack, stamped it, handed it to her and said, Zwanzig Pfennig, bitte. She opened her purse, took out two coins and handed them to him: Bitte. Danke.

The old man continued down the empty row of seats, looking into each one as though passengers might be hiding on the floor. He came to Johnson and asked where he was going. Zum Opernplatz, bitte. The conductor opened his box and said, Vierzig Pfennig. Johnson looked at him in surprise. Forty pfennigs? he said in German, but you only charged that lady twenty. The conductor looked down at Johnson over his glasses and said in English, That's none of your business. Forty pfennigs, take it or leaf it. He chuckled at his use of the colloquial. Johnson opened his wallet thinking that it was ridiculously cheap in any case. He was dismayed at what he saw. I only have Argentine pesos, he said and held his open wallet up so the man could see in. Cien pesos, the Schaffner said. Johnson was about to object that a hundred pesos was an exorbitant price to pay for riding on that dinky trolley, but then he realized that he had no idea of the current exchange rate, so he sighed and handed him a hundred peso bill and was given a twenty pfennig ticket in return.

The tram lumbered on swaying from side to side in a rhythm which soon rocked Johnson to sleep. When he awoke a few minutes or many minutes later and looked out the window he saw no city lights, only occasional glimmers from isolated houses in the distance and snow on the ground. Had it only been a few minutes? He looked at his watch, 8 p.m. yes, only a few minutes, but if they didn't arrive soon he'd be late for the first act. He was about to call the Schaffner and ask him when they would arrive when the tram's brakes squeaked and he saw more lights outside as it slowed down. Then the station - the sign above the wooden house read, in Gothic letters: O p e r n p l a t z. The lady stood, grabbed her bag from the rack above and headed to the exit. Johnson stood as well, and bumped his head on the overhead rack. She turned toward him, smiled and said, Do svidanya. It was Anna Netrebko! What luck! such karma! They couldn't start without her. He hurried after her and saw her being helped down by a...a cowboy! He took her arm and led her into the station. Johnson looked around. It was the wild west. Europe never looked like this.

The cowboy came out of the sagging station house and leaned against a post. Where ya goin', pardner? he asked Johnson in a soft voice laced with menace. Johnson couldn't believe his eyes: It was Marlon Brando.

What are you doing here? he exclaimed. Brando dragged deeply on his cigarette, blew a smoke ring in Johnson's face and said, That's what ahm askin' you, asshole.

Oh, well...I'm going to the opera,” Johnson said nervously, to see...I mean hear Anna Netrebko, that is to see...to see and hear.

No, not yet, but I do intend to buy one. Could you please tell me where the Opera House is?

You're lookin' at it, Dagwood, Brando smirked, indicating the ramshackle station house with his eyebrow. Johnson heard the cacophony of tuning instruments from inside the station: Screeching strings, moaning winds, pulsing percussions.

My name's not Dag... Johnson began, but thought better of it, just in time, possibly. Oh, he said instead, well where's the ticket office.

You're lookin' at it.

Johnson looked around, then back at Brando: You?

Johnson reached for his wallet, but Brando whipped out his six-shooter, twirled it around his index finger and pointed it at Johnson's chest and said, Don't try nuttin funny.

I'm just want to get my wallet, you know, where my money is, it's in my pocket.

Er, how much is that in Argentine pesos? Johnson said with a bad feeling.

Brando stared at him in amazement, then burst out laughing. He laughed so hard he dropped his gun and had to hold onto the post to stop from falling. It seemed he couldn't stop. Johnson was tempted to grab the gun and shoot the bastard, but sensed a trap, at least that was the excuse he gave himself for not doing it.

Finally Marlon controlled himself and picked up his gun. Get back on the tram, it's gettin' ready to leave.

Good, then he'll take 'em for the trip back, Brando snarled. Now get on or I'll blow a hole between yer eyebrows, wise guy.

That's all Johnson was able to say, for Marlon Brando, considering himself provoked, blew a neat little hole between his eyebrows. Then he picked up the body and threw it into the tram. Get this schmuck outta here, Herr Schaffner,” he said. He's all yours.

Tram Number 13 went clang, clang, clang back to Frankfurt, Zürich or Vienna and Johnson never did get to see and hear Anna Netrebko sing Madame Butterfly in Japanese.