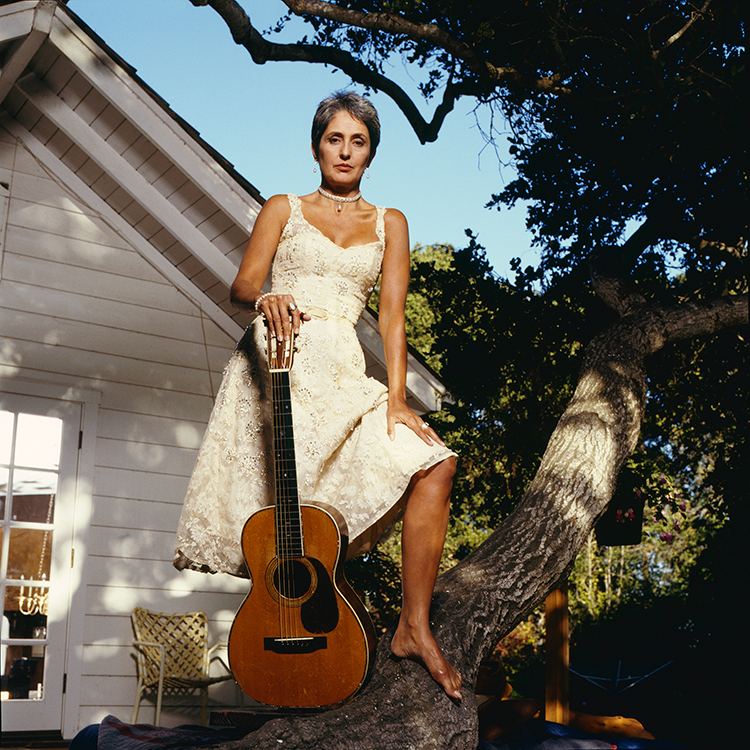 Joan Baez (born January 9, 1941) is an American singer, songwriter, musician and activist. Her contemporary folk music often includes songs of protest or social justice. Baez has performed publicly for over 60 years, releasing over 30 albums. Fluent in Spanish and English, she has also recorded songs in at least six other languages. Baez is generally regarded as a folk singer, but her music has diversified since the counter culture era of the 1960s and encompasses genres such as folk rock, pop, country and gospel music.
She was one of the first major artists to record the songs of Bob Dylan in the early 1960s; Baez was already an internationally celebrated artist and did much to popularize his early songwriting efforts.
Baez's acclaimed songs include "Diamonds & Rust" and covers of Phil Ochs's "There but for Fortune" and The Band's "The Night They Drove Old Dixie Down". She is also known for "Farewell, Angelina", "Love Is Just a Four-Letter Word", "Forever Young", "Here's to You", "Joe Hill", "Sweet Sir Galahad" and "We Shall Overcome". She performed fourteen songs at the 1969 Woodstock Festival and has displayed a lifelong commitment to political and social activism in the fields of nonviolence, civil rights, human rights and the environment.


Don't forget to so we can advise you when the next issue is ready! 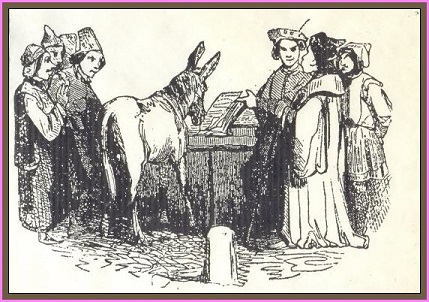 Letters To
the Editor 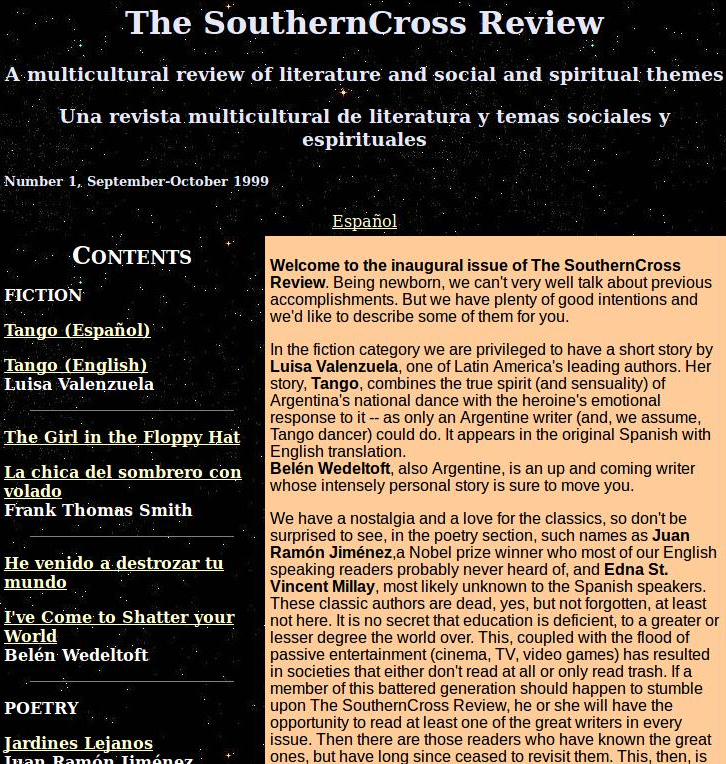 You can find us under the Southern Cross in the Traslasierra Valley, Province of Córdoba, Argentina. Visitors always welcome. Just follow the sign that reads: La Cruz del Sur.

It was a time when I'd decided that my German was respectable enough to tackle Goethe's Faust. I bought a bilingual edition at a bookstore on Hamburger Allee in Frankfurt and dived in. I found it to be surprisingly easy to understand – direct language, deep ideas salted with sly humor. But the English translation was disappointing, not only because of all the thees and thous – so British, ya know old boy – but also because it lacked the sting of true grit. So I decided to take a crack at it myself. I didn't get very far, just the Prologue in Heaven, but it at least showed me that I could have translated the whole damn thing if I had the time. After all, it took Goethe almost his whole life to write it and it would have taken me twice as long to translate both volumes with all the rhythms and rhymes.
Continue reading 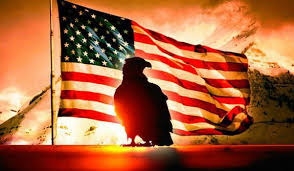 My first question is simple enough: After 18-plus years of our forever wars, where are all the questions? Almost two decades of failing American wars across a startlingly large part of the planet and I’d like to know, for instance, who's been fired for them? Who’s been impeached? Who’s even paying attention? I mean, if another great power had been so fruitlessly fighting a largely undeclared set of conflicts under the label of “the war on terror” for so long, if it had wasted trillions of taxpayer dollars with no end in sight and next to no one in that land was spending much time debating or discussing the matter, what would you think? If nothing else, you’d have a few questions about that, right? Well, so many years later, I do have a few that continue to haunt me, even if I see them asked practically nowhere and, to my frustration, can’t really answer them myself, not to my satisfaction anyway. In fact, since 2001 -- with the exception of the months leading up to the invasion of Iraq when America’s streets suddenly filled with hundreds of thousands of demonstrators asking a range of questions ("How did USA's oil get under Iraq's sand?" was a typical protest sign of that moment) -- our never-ending wars have seldom been questioned in this country. So think of what follows not as my thoughts on the war in question but on the war in questions... Continue reading

"My darling, you would have also kept your mouth shut"
by Regina Steinitz - Interview by Anja Reich for the Berliner Zeitung 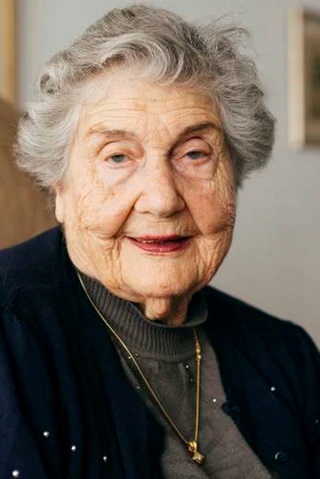 She is not sure if she will be able to talk about everything again. "You know, it's exhausting," says Regina Steinitz in clear German during our first talk on the phone. When I call her the second time she says: "I was afraid you’d never call again." A few days later she opens the door to her apartment in the North of Tel Aviv in her pajamas. She has had a rest, she says, and goes back to the room where her bed and computer are - and her memories: Photos of her twin sister Ruth with whom she was hiding in Berlin,of her father who had to escape to America, from her husband Zvi who survived four concentration camps, from her Berlin girlfriends who were deported to Riga and Auschwitz, from her therapist Dr. Wilmersdorfer who helped her to fight her fear. All of them are dead except for her sister, but for Regina Steinitz these people are still alive. Here, in this room. She takes a seat on the edge of her bed, still in her pajamas, but very much awake... Continue reading 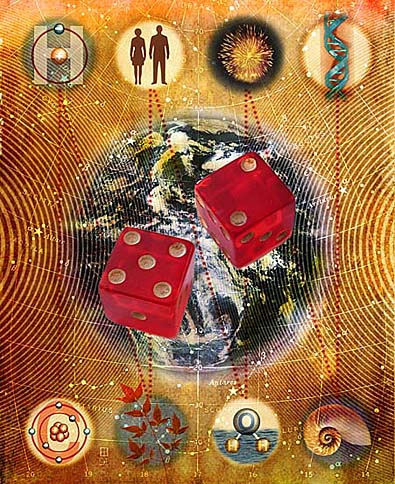 How many cosmological principles are known? In the first six chapters of this book, the six major cosmological principles were presented; some of them have many different formulations, and sometimes substantially different, even separately designated, versions. Thus, along with the six main principles, several minor ones were presented too, but only those closely related to them. In this short chapter I would like to introduce some of the other, less known principles. There have been many attempts to classify all the known or even all the plausible cosmological principles (e.g. Ellis 1975, 1984; Ellis, Harrison 1974). In this book I made use of the systematic review by Tadeusz Sierotowicz (1990) as a check list for ascertaining that any principle of interest had not been omitted. However, the order of the following presentation is not too systematic, just starting from the most particular and ending with the most general. Of course, it is debatable what is more and what less general... Continue reading.

Accident, Suicide or Murder in Nono
by Roberto Fox as told to Frank Thomas Smith 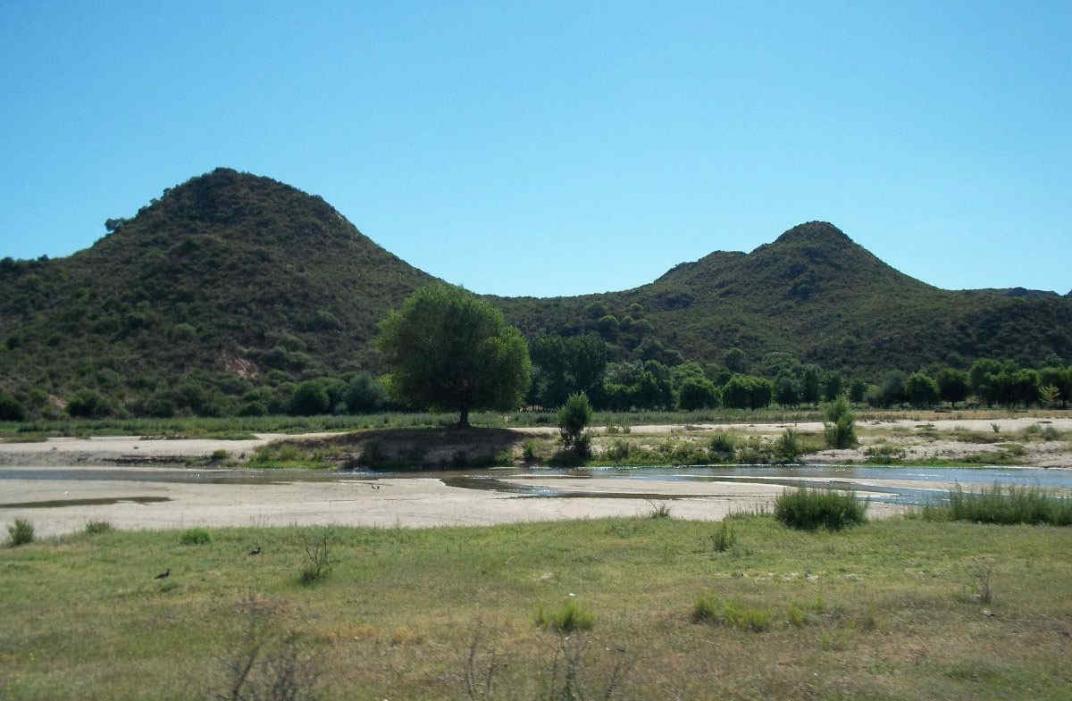 Raúl Castellano walks downhill on Nono’s main unpaved street. He holds a bamboo pole in his right hand which he swings in a semicircle in front of him. He is of average height, fair but tanned, shirtless, sightless eyes staring ahead. He is extremely thin, but wiry. Four mongrel dogs follow him, stopping occasionally to urinate or sniff trees and bushes they have sniffed and peed against a thousand times. They aren’t Raúl’s dogs, they just like to accompany him. They know they can count on him to walk the walk every day,like clockwork. When he reaches the bottom of the street where it flows into a paved road he turns and retraces his path back uphill. He passes his own house and continues up onto a narrower path which skirts one of the “Nos” in “Nono” – two adjoining hills shaped – as seen from a distance – like a woman’s breasts, aptly named in the original aboriginal language. Raúl keeps well to the left, tapping his bamboo staff against the side of the hill which had been carved out to make the path. To his right is a precipice that plunges down thirty meters to the rocks in a swiftly flowing stream. At the point of the cleft between the Nos he can go no farther, so he turns back. Then, suddenly, he is falling down, down the side of the No, he opens his mouth and screams but there is no sound. Then it is no longer Raúl trying to scream but Roberto, Roberto Fox. He wakes up, startled, just before hitting the rocks… Continue reading 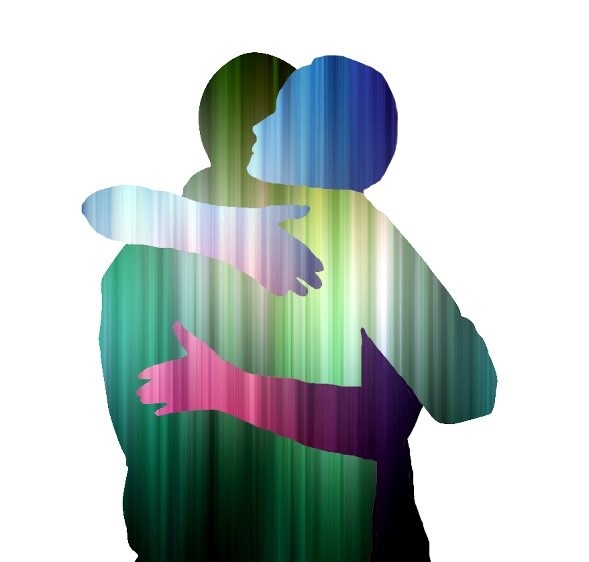 Max and Greta agreed that everyone needs two main dramas in their lives, one in their public life and the other in their private space. Max said that his public drama as a political journalist provided him a place where he felt right, so that he didn’t have to blow his brains out each day because of his endless fuck-ups in his private life. Greta’s public life in an advertising agency gave her personal satisfaction because she believed she injected honesty into a field peopled by liars. But she too had misgivings about her private life where it was one mistake after the other. Both considered their lives balancing acts between their complex private lives as opposed to their flawless public personae.
A life-changing disaster had begun on a rainy night in a penthouse studio near Piazza di Spagna. Until midnight to the pleasant rhythm of the pitter-pattering of a steady rainfall on the flagstone terraces lining the sides of the artist’s apartment, Greta Dovidio and her friend, the painter Maria-Teresa, had chatted about love and drank moderately; Greta’s fiancé, Massimiliano Pane—or Max—drank less moderately and spoke more animatedly than usual with their Swedish adventuress friend named Ellinor who drank excessively... Continue reading

Volume 7 of the German Critical Edition of Rudolf Steiner’s Writings, Schriften – Kritische Ausgabe (SKA), contains Steiner’s two main texts on the spiritual path of knowledge, both of which originally appeared in the journal Lucifer-Gnosis in the years 1904-1908. The first of Steiner’s texts is entitled Wie erlangt man Erkenntnisse der höheren Welten? (How does one Attain Knowledge of the Higher Worlds?), and the second Die Stufen der höheren Erkenntnis (The Stages of Higher Knowledge), which was conceived as a continuation or “intermediate reflection” on the former text. Chronologically, volume 7 is actually the second volume overall to appear in the Critical Edition, and again it is competently introduced and commentated by Christian Clement, and published in a fine and attractive edition by the German academic publisher Frommann-Holzboog. Volume 7 begins with a foreword (VII-XVI) by the late Gerhard Wehr, who argues that Steiner’s aim in these writings was to furnish a Western path of knowledge that led to spiritual independence on the part of the student. Wehr sees parallels between Steiner’s views and those of Jacob Böhme and J.W. von Goethe, as well as an inherent connection with the concept of devotion in the Christian mystics of the middle ages. Next follows Clement’s consistently illuminating 120-page Introduction (XIX-CXXX) in which he carefully outlines the general character of the theosophical-anthroposophical path of knowledge, and the historical context, genesis, content and reception of the two texts in question...
Continue reading

Esoteric Lessons for the First Class - Recapitulation 5
by Rudolf Steiner

And so we will also begin directly today to inscribe in our souls the words which sound forth, to those who are open-minded enough, from all the kingdoms of nature and the hierarchies of the world which surround us as human beings. In the past these words sounded forth to man from all the stones and plants, clouds, stars, from the sun and the moon, from the springs and the rocks. They sound forth to him in the present; they will sound forth to him in the future.
O man, know thyself!
So resounds the Cosmic-Word.
You hear it strong in soul,
You feel it firm in spirit... Continue reading

Cover your spacious heavens, Zeus,
With clouds of mist,
And like the boy who lops
The thistles' heads,
Disport with oaks and mountain-peaks;
Yet you must leave
My earth still standing;
My cottage, too, which was not built by you;
Leave me my hearth,
Whose kindly glow
By you is envied.
Continue

Rootless in Patagonia (Toothless in Brooklyn)
by Frank Thomas Smith

Mephisto himself shuffles center-stage
left to right, light to gloom, ready to draw
and swipe his scythe at the moment ripe.

But, you'll say, the old are dead due to destiny,
human karma, something to be borne smilingly.
Karma includes birth and death, pure and simply.
Continue 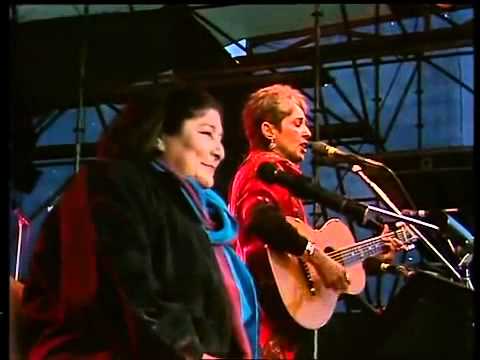 Continue - listening to Mercedes and Joan